The immediate post-World War Two years formed current Euro-Atlantic security. The United States became increasingly involved in the physically and politically fracturing European affairs, agreeing to provide financial and military aid after intense negotiations which led to the signing of the North Atlantic Treaty in 1949. Other nation states to sign the North Atlantic Treaty were France, Great Britain, Italy, Canada, Belgium, Denmark, Iceland, Luxembourg, the Netherlands, Norway, and Portugal. Greece and Turkey signed on in 1952, later joined by West Germany in 1955 and Spain in 1982. After the reunification of Germany in 1990, the territory previously known as East Germany was admitted. The ten-year period between 1999 and 2009 saw the additions of the Czech Republic, Hungary, Poland, Bulgaria, Estonia, Latvia, Lithuania, Romania, Slovakia, Slovenia, Albania, and Croatia. Montenegro is the most recent signatory, having signed in June of 2017, earning its place as the 29th member of NATO.

Perhaps the most significant and the most appealing, to member states is Article Five which considers any attack against one an attack against all, along with any consultations about threats and defense matters. This became paramount to European collective security during the Cold War era. As members of NATO, the whole of Western Europe was placed under the American “nuclear umbrella.” For these small countries set in between the two largest global powers in history, many found it crucial to rely on security provided by the United States.

While NATO remains the largest peacetime military alliance in the world, mechanisms originally set into place during 1949 are severely outdated. In the past ten years, Russian aggression has become an increasing security issue. Russia appears threatened as NATO membership continues to creep into the “traditional” sphere of Russian influence.

As recently as October 2018 tensions between Russia and NATO flared. The Trident Juncture, lasting from October 25th to November 7th, 2018, and under the command of Admiral James G. Foggo, tested approximately 50,000 participants from 31 NATO and partner countries (Finland and Sweden) to ensure that NATO forces are trained, able to operate together and ready to respond to any threat from any direction. It included around 250 aircraft, 65 vessels, and up to 10,000 military vehicles. This exercise took place in Central and Eastern Norway; the surrounding areas of the North Atlantic and Baltic Seas, including Iceland and the airspaces of Finland and Sweden.

This Juncture comes just one month after Russia held its biggest military maneuver since 1981, Vostok 2018 (September 11th-17th). According to the Russian defense ministry, Vostok involved nearly 300,000 soldiers, 36,000 tanks and military vehicles, 1,000 aircraft, and 80 warships. Yet, perhaps more troubling was the participation of the Chinese and Mongolian militaries, suggesting stronger military cooperation between Russia and China. Russian deputy foreign minister, Maria Zaharova, told Russian agency TASS, “The escalation of NATO’s military and civilian activity in the Arctic region, that is, Russia’s immediate environment in the territory of Northern Norway, has not gone unnoticed. Developments in this region can have serious consequences and not our own fault. Moscow argues the Arctic and Northern Europe must remain a “low-intensity zone.” However, NATO Secretary General Jens Stoltenberg defended NATO’s Trident Juncture, calling it “defensive and transparent” since “all members of the Organization for Security and Cooperation in Europe, including Russia, have been invited to send observers. Russia’s statements highlight their growing concern about the increased commitment of Sweden and Finland to NATO, bringing NATO to Russia’s doorstep in the North.

Russia’s concern stems from the 1990 assurance from Secretary of State James Baker that NATO would not expand “not one inch eastward.” Originally this had been thought to be only in the context of German reunification, but Soviet, and later Russian, leaders have always claimed that these reassurances were meant to include Central and Eastern Europe. However, these assurances were dashed in 1994 when Bill Clinton decided to expand NATO eastward. Therefore, Russians are naturally suspicious of NATO cooperation in its Northern neighbors.

Euro-Atlantic relations changed significantly both in 2008 during the Russo-Georgian conflict and 2014 when Russia annexed the Crimean Peninsula illegally. The conflict in Georgia was centered on the provinces of South Ossetia and Abkazia. Their efforts to secede are supported by Russia. In a five-day conflict 170 servicemen, 14 policemen, and 228 Georgian civilians were killed. 1,747 more were wounded. Only 67 Russian servicemen were killed in the conflict. Meanwhile, in 2014, Putin suggested allowing Ukraine to have access to NATO would be inexcusable.  Claiming Crimea’s history makes the region an “inseparable part of Russia,’ ‘plundered’ from the country after the Soviet Union’s disintegration” (Treisman). In response, NATO adopted the Readiness Action Plan, describing it as the most significant strengthening of collective defenses in decades. The main elements of the Readiness Action Plan are as follows: deploy four multinational battalions to Latvia, Lithuania, Estonia, and Poland; enlarge the existing NATO Response Force from 13,000 to 40,000 troops; create a new very high readiness force (VJTF) of around 5,000 troops; appointing a country, drawn from a pool of seven nations, to lead the VJTF; significant increase in size and number of exercises; pre-position equipment in the Baltics and Eastern Europe; establish small headquarters in the Baltic and Eastern European states; and speed up the decision-making for the Response force.

However, despite NATO’s military response, many have come to believe that the current system is outdated and unreliable. Some, such as Judy Dempsey, a Senior Nonresident Senior Fellow at Carnegie Europe, believe that a radically new approach is needed. The struggle for comprehensive peace has become so intense and polarizing that rapprochement is no longer applicable. Rather than a single organization or entity negotiating peace and relationships between the West and Russia, non-government organizations, regional organizations, and civil society movements should also have some authority and voice in the discussions. What has evolved from this conversation is the Euro-Atlantic Security Initiative (EASI). EASI is a project founded by the Carnegie Endowment for International Peace in 2009, just one year after the Russo-Georgian conflict. The early goals of EASI were: missile defense cooperation in Europe, lengthened early warning and decision-making time in the military, resolution of protracted conflicts, reconciliation of historical grievances between states, stabilization of the European Union-Russian gas relationship, and collaboration in the Arctic. To improve security measures on these issues it advocates eliminating the of use, and the threat of, military force to settle disputes. They propose U.S., NATO, and Russian leaders mandating serious and sustainable dialogues at the military and political levels to reduce tensions and allow cooperation on missile defense. These dialogues should address both conventional and new threats. Unfortunately, the EASI initiative came to an end in 2012 without easing tensions between Russia and the West.

Regardless of its relative ineffectiveness, EASI has shown some promise for highlighting Russia’s begrudging acceptance of collaboration to strengthen collective security in the Euro-Atlantic region. Whether or not this acceptance comes too late is yet to be seen. The EASI initiative, too, highlighted the ineffectiveness of NATO’s outdated structure. In 1949 world leaders could not have comprehended the security issues which face the international community in the 21stcentury. Issues such as: terrorism, environmental threats, energy threats, migration crises, growing Euro-skepticism, and the rise of nationalism.  Each of these provide unique and complex problems facing the Euro-Atlantic ties. Terrorism in Europe peaked in 2015 with 150 deaths. In 2016 there were 135 deaths, and in 2017 there were 62 deaths. Many of these were related to the rise of radicalism. The spike in terrorist attacks did reinforce cooperation between EU states for intelligence sharing. 2018 saw the worst widespread wildfires in Greece. The death toll has risen to 91 with 25 people missing. Nearly 2,000 homes were destroyed and many more will have to be destroyed and rebuilt. Brexit is the most prominent example of Euro-Skeptism to date. With the United Kingdom’s impending divorce from the European Union comes the weakening of the union and the wariness of other states. Nationalism comes hand in hand with Euro-Skeptism and the migration crises. Many countries, such as France, Hungary, and the Czech Republic, have seen a rise of nationalism and a resentment for refugees fleeing to Europe. Cybersecurity, however, is perhaps one of the most profound issues of the 21stcentury. The rise of technology has modernized businesses, politics, and civil society. Russian cyber-attacks have most prominently been linked to meddling in the 2016 US election. UK, Australian, and New Zealand intelligence services have found that the Russian GRU intelligence cyber-attacks have cost the global economic millions of dollars. There have been cyber-attacks on political systems, businesses, media, and even sporting institutions.

These are all security issues which the international community faces in the 21stcentury for which there are no real institutions in place to create consequences. NATO, a predominately military organization, is not equipped to deal with contemporary security issues.

The United States currently has strained relations with the European states. Trump has claimed that NATO is obsolete, frightening US-NATO allies. Discussions have been held whether or not the United States will hold the ‘Nuclear Umbrella’ and protect them against Russian nuclear aggression. President Donald Trump has also alienated the United States’ European allies. Due to this, many European countries now view the United States as spontaneous and unreliable, damaging future attempts to reconcile and come to the table with new ideas for international security cooperation. The United States needs strong transatlantic ties with reliable international structures. Though, the outlook for this happening in the current administration is not likely. The next administration will need to work with leaders with Europe to create a better, modernized security structures. Women, youth, and minorities currently have little, to no voice, in the conversation about international and Euro-Atlantic security. These groups of disenfranchised peoples are ones that the United States and its EU allies can tap into for new, inventive, and exciting ideas for Euro-Atlantic security. 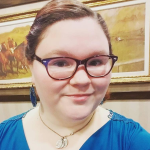