Despite being one of the smallest nations in Africa, Djibouti is the prime example of how to successfully combine commerce, security, and foreign presence efforts to secure national interests. The small nation is strategically located between Asia-Europe on one of the most significant maritime chokepoints for international trade, through the Bab-el-Mandeb Strait. Over 3.8 million barrels of oil pass through the strait every day, and between 12.5 to 20 percent of all international trade passes through the strait[iii]. This global sea route connects East Asia to the Mediterranean, making it critical for global trade and energy security, and a gateway to the Suez Canal. The Bab-el-Mandeb Strait is perhaps the most geo-politically disputed and dangerous waterways on the planet. Because of this, multiple foreign militaries, including the US, France, Japan, Italy, Spain, and soon Saudi Arabia, have established bases to protect their nation’s strategic and economic interests within the region. Djibouti generates more than $300 million annually from the rent paid to maintain these bases. The US pays approximately $63 million a year on the ten-year lease agreement it signed in 2014[iv]. Most recently, China established a naval base in September 2017 – paying $20 million annually for rent.

China has increased its use of economic statecraft in Africa to change the current international order. Their model of development uses the power of authoritarianism and capitalism to shape the future choices of Africa’s most unstable nations. Djibouti has reached a disturbing debt-to-GDP ratio due to China establishing a more prevalent presence and investing heavily in infrastructure to support the One Belt One Road initiative. As of 2009, China has been Africa’s primary contributor to foreign direct investment and largest trading partner[v]. China has been an active economic player within the continent since the early years of the People’s Republic of China and has noticeably grown its influence in recent years. Popular economic activities on the continent have come to include contracts, loans, and foreign aid aimed at developing trade infrastructure, but recently the line between loans and foreign aid has been blurred. The loans China has given to East Africa alone for infrastructure has grown to over $29.4 billion, and $143 billion across the continent[vi].

According to Djibouti’s Vision 2035 plan, they expect the demand for their trade ports to increase significantly once other African nations are able to expand their economies — most likely with the assistance of Chinese funding — and become a regional transport and logistics hub, similar to Singapore or Dubai[viii]. Djibouti currently handles roughly 95 percent of the goods imported by Ethiopia, which has the largest population in Africa — nearly 113 times greater than Djibouti. Travel between the two countries’ capitols has been expedited thanks to the construction of a new 756 km railway line, of which China financed $500 million[ix]. In July 2018, Djibouti contracted with the China Merchants Group and Dalian Port Authority to build a $3.5 billion Free Trade Zone, of which China owns 40 percent[x]. Once complete, the zone will be Africa’s largest, covering an area of 4,800 hectares and is estimated to increase Djibouti’s GDP by up to $2.5 billion to $4 billion after its completion and create 200,000 jobs[xi]. However, economists predict that the nation may not be able to pay off the snowballing debt they are taking on.

World leaders are recognizing the neocolonial power China is becoming. Many fear that the One Belt One Road initiative will ultimately plunge targeted African nations into crippling debt, stripping them of their resources and sovereignty. Former U.S. National-Security Adviser John Bolton argued that China’s One Belt One Road initiative is “a predatory Chinese strategy” that deliberately uses “bribes, opaque agreements, and the strategic use of debt” to hold African countries “captive to Beijing’s wishes.” [xii] China’s rapacious lending has become the main reason many developing countries have begun to reach debt levels and servicing costs that haven’t been seen since the years leading up to the International Monetary Fund (IMF) establishing Heavily Indebted Poor Countries (HIPC) initiative.

Africa comes in as the third region most indebted to China as a percent of GDP, but its countries make up more than half of the top 50 nations facing a debt crisis. Currently, Djibouti holds the most debt to China on the continent, and it is expected that the debt will increase significantly in the coming years. The developing country has borrowed up to $957 million from the Export-Import Bank of China to finance several infrastructure projects[xiii]. In 2018, Djibouti’s debt to GDP ratio reached an all-time high of 104 percent, with 80 percent of its debt ($1.2 billion) owed to China alone[xiv]. What is even more concerning is the fact that the World Bank’s International Debt Statistics database is unable to record roughly 50 percent of Chinese foreign lending officially, and the amount of debt missing from the database has been increasing[xv].

The severity of the threat of a debt crisis is amplified by the corruption that has been a significant problem in Djibouti’s leadership for decades. President Ismaïl Guelleh has been able to tighten his grip on national political and economic affairs with the help of the flow of Chinese money[xvi]. Guelleh’s ambition is the primary reason Djibouti holds the most Chinese debt on the continent[xvii]. While the growth of infrastructural investments has been the focus of the Djiboutian government because they see the potential of the infrastructure to grow the small nation’s economy, they fail to take into account the health and well-being of their workforce. If Djibouti continues down the path of investing in trade infrastructure more than its people, the future of the nation will continue to suffer from extreme poverty and political instability.

China’s increased grasp on the country should serve as a wakeup call for the US to adjust its focus on the region and develop more opportunities for trade.  The US has already held a strategic military position in the nation for years with Camp Lemonnier that would serve to protect our interests. Even with the US trade and investment agreement with the Common Market for Eastern and Southern Africa, it may be too late to gain superior influence in the country strictly through trade and aid[xviii]. The Djiboutian government has already been won over by the Chinese’s deep pockets. Still, China rarely transfers any other significant technology to the country, nor do they employ much of the local population at this time. Both Chinese and Djiboutian leadership fail to take into account just how important the health, education, and well-being of Djibouti’s workforce plays in economic growth. Djibouti is able to bring in billions of dollars with its shipping capabilities, yet, the nation has been unable to provide almost half of its population with basic necessities, such as healthcare, running water, and education[xix].

While China has been winning the hearts of the corrupt government officials, the U.S. is focusing on winning the hearts and minds of the people The US invests heavily in health programs, workforce development, renewable energy, civil society development, and education that benefit the majority of the Djiboutian population[xx]. In contrast to Chinese spending focused on infrastructure, the United States Agency for International Development (USAID) has spent up to $30,961,317 in Djibouti in 2018, investing heavily in health, workforce development, renewable energy, civil society development, and education programs. According to the World Food Program’s August 2019 analysis, 79 percent of Djiboutians live in poverty and 42 percent in extreme poverty[xxi]. All but three of the 34 health clinics in the rural areas of the country are maintained by the US, 23 by USAID and eight by the US military. To improve education, USAID launched a four-year education program to cultivate a national plan for training educators, which has now trained over 1,200 primary school teachers, edited gender neutrality into textbooks, and developed a mentor program for girls[xxii]. USAID Workforce Development Program (WFD) also directs a “Work Ready Now!” program that has trained a total of 1,624 youth to date[xxiii].

Who will be in power over the nation in the coming years? At the moment, it seems that the future of Africa is in the hands of China, especially Djibouti. The small nation’s economic growth predominantly depends upon China for infrastructure investments and the U.S. for human capital investments. However, China’s ability to compete with the U.S. over the legitimacy, credibility, and capability of relationship-building approaches leave the future of US influence in the region uncertain. With the debt across Africa rising, China’s strategic political, economic, and military agendas have come to light. If not countered by other global powers, China could gain ground on imperialism over the region change the current international order by placing the most strategically located nation in Africa under a crippling amount of debt [xxiv]. Djibouti has the potential to become one of the world’s largest and most important trade hubs. Unfortunately, corruption and unrealistic financial expectations within national leadership are leading the nation down a path to self-destruction that will be difficult to redirect.

[i] Yung, Christopher D., and Ross Rustici. “‘Not an Idea We Have to Shun’: Chinese Overseas Basing Requirements in the 21st Century.” Institute for National Strategic Studies, October 2014. https://ndupress.ndu.edu/Portals/68/Documents/stratperspective/china/ChinaPerspectives-7.pdf

[ii] “The Permanent Mission of the Republic of Djibouti to the United Nations.” Country Facts | Djibouti. Accessed November 22, 2019. https://www.un.int/djibouti/djibouti/country-facts

[iii] WANG, MONICA. “First Place – On the Shores of Bab-El-Mandeb: Assessing China’s First Overseas Military Base in Djibouti and Chinese Grand Strategic Vision for the Horn of Africa and Indian Ocean.” The Yale Review of International Studies RSS, June 2018. http://yris.yira.org/acheson-prize/2445 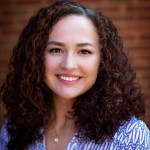 Sarah is an M.A. candidate at the Patterson School of Diplomacy and International Commerce majoring in Diplomacy and minoring in International Intelligence and Security with focuses on cybersecurity, development, and globalization strategy with emphases on China and Sub-Saharan Africa.

She earned her B.S. at the University of Kentucky in Integrated Strategic Communication, focusing on public relations, political science, and global strategy. During her undergraduate studies, she studied global media and communication abroad in Cape Town, Beijing, and London.

Sarah is a former Army National Guard Public Affairs Specialist with experience covering Kentucky’s partnership with Djibouti. She currently works as a Department of Defense contractor for the Kentucky Commission on Military Affairs in the Office of the Governor.

For questions or professional opportunities, email sarah.n.gossett@gmail.com or find her on LinkedIn.